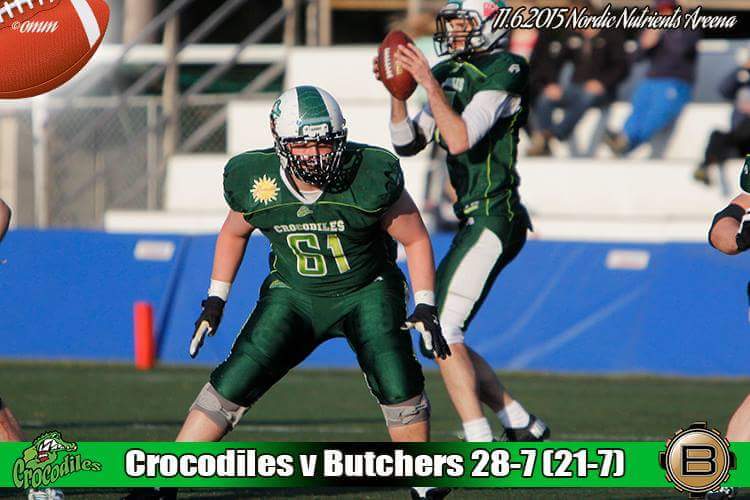 “I have been playing for almost nine years. Started at age 15 for Inverclyde Phoenix in my hometown and I played FB in a 5v5 league then moved to OL/DL once 11v11 started.

At age 18 moved to university at Stirling to play for the Stirling Clansmen, whom I now coach., Played OL for the 4 years there and won the UK National Championship undefeated and was OL captain and team captain for the final. Played for a UK team West Coast Thomas over summer then too.

Played in Finland last two summers for Seinäjoki and Vantaa. Played OL and DL made the Maple Bowl with the Crocs and was a team captain at Vantaa and won lineman of the year there.”

How would you compare finnish football to other countries where you have played?

“When I first arrived in Finland at Seinäjoki I initially struggled with the physicality across all positions and overall speed of play compared to the UK as its vastly different. Also the addition of imports and numerous dedicated coaches in the Finnish leagues makes it more diverse in play calling and coaching. There is also more of an air of professionalism, for example TV games, large crowds, genuine athletes across all positions on all teams, around the whole thing that I believe is the main difference between the UK and Finland.”

How do you feel about coming to East City Giants? A team that goes to next season as challenger but has a big desire to make a statement in the 1st div.

“I am very excited to play for ECG. They’re an up and coming programme and its always exciting to join teams like that to be able to help them push forward in any possible whether it’s helping coach juniors or playing both ways the full game. Also, the chance to live in Helsinki with a team that I believe has a strong family element around it is also good and a great way to spend a summer.”

What are your goals for the coming season with Giants?

“I believe this team with the coaching staff and players it has can go undefeated in the regular season and make the Spaghettimalja and win it. Also, to have one of the top ranked offenses and defenses in Finland. I hope to be of help to the team in achieving this goal any way I can as this team deserves to be in the Maple League for sure.” 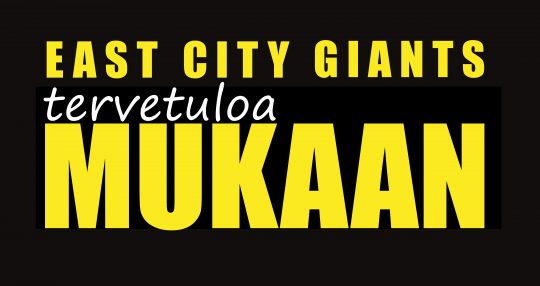